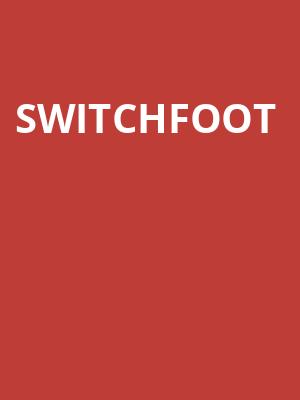 Switchfoot return to the road!

Switchfoot return to the road!

After their hiatus at the end of 2017 Switchfoot return to the road with their recently released album! With this, Switchfoot aim to not dwell on the torrid political and social atmosphere of our time and instead offers an antidote to it. With the band now back on the road don't miss the five-piece as they present their brand new music!

First formed back in the mid 90s Switchfoot experienced great success in the Christian Rock scene. When four of their songs were featured on the 2002 hit movie A Walk To Remember the band were launched into the mainstream. Their 2003 mainstream debut 'The Beautiful Letdown' was an instant success and sold over 2.6 million copies. The band continued to build on their success with their seventh album, Hello Hurricane, garnering them a Grammy award in 2011.

With the band now back on the road don't miss the five piece as they present their brand new music!

Seen Switchfoot? Loved it? Hated it?

Sound good to you? Share this page on social media and let your friends know about Switchfoot at Knitting Factory Concert House.